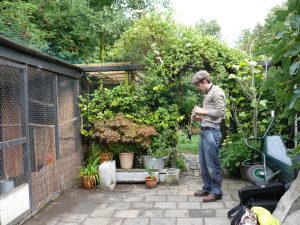 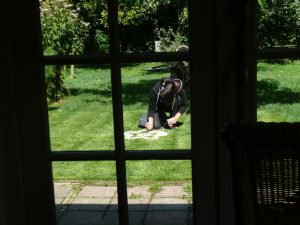 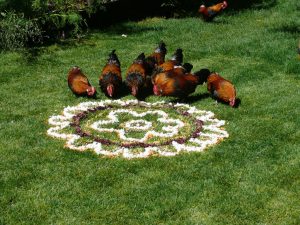 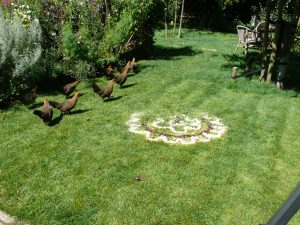 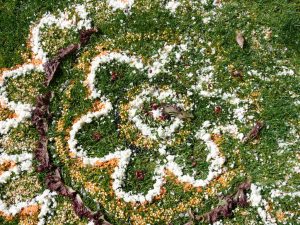 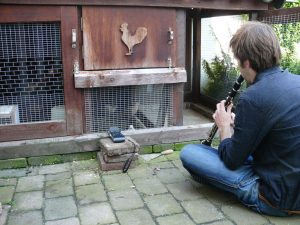 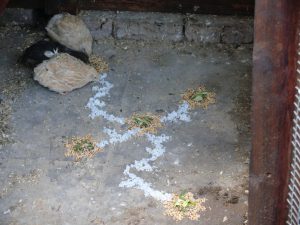 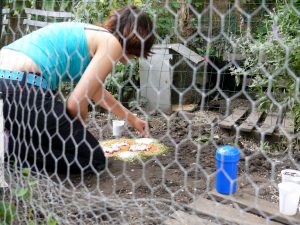 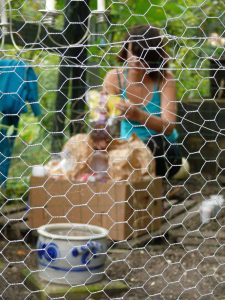 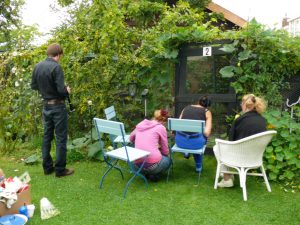 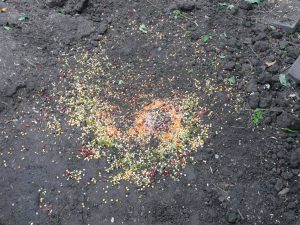 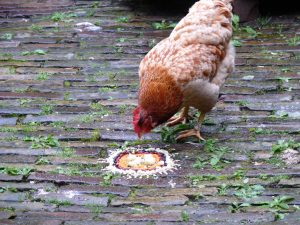 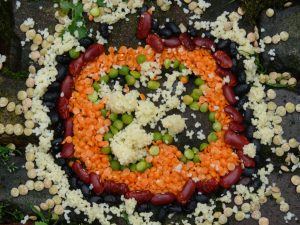 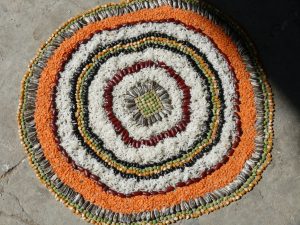 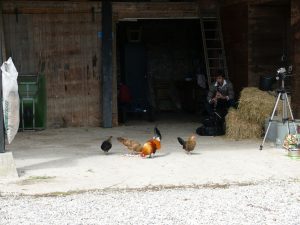 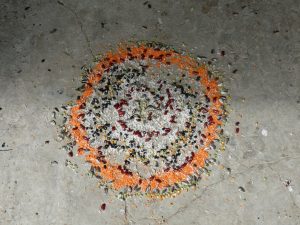 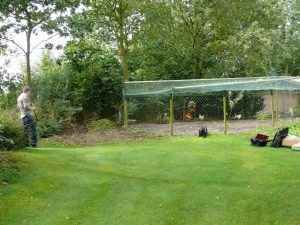 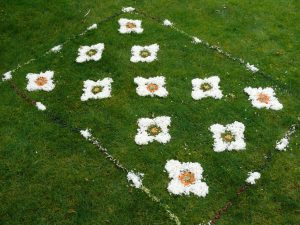 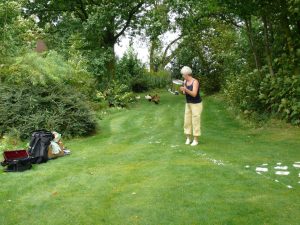 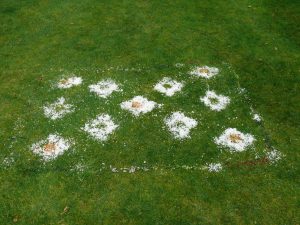 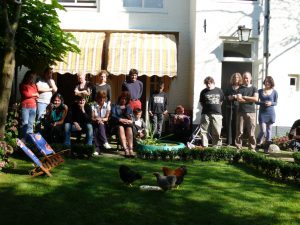 My ‘Tour des poulets’ project started as a pitch for a residency at the location KipVis in Middelburg (NL). My plan to let my ricecarpets be eaten by chicken sounded good to the jury and I was invited to make a project for 2 months.

My plan was first to get chicken at the exhibition space, but it quickly changed into a tour. A local newspaper published my quest for artistic chicken and my phone rang all day. I decided to just visit the first callers. My tour brought me to 5 chicken-owners and  a quail owner.

I started on every location with asking for the location the birds mostly eat their food to set up the camera and cooked some rice in their kitchen. Everywhere people were really excited and invited friends and family to come watch. The surreal situation of the chicken eating the carpets and people watching it and realizing that they normally never watch their chicken eat, was such a great experience. Koen de Wit joined me on my tour to play clarinet for the chicken (while they were eating the carpets, the original idea was that it was like a candlelight dinner for the chicken) and took some great photos himself.

The end result of ‘Tour des poulets’ is a full length, slow-TV, movie of 107 minutes. But it also resulted in a soundtrack and an overview exhibition at the end of my residency were all chicken owners were present. One of them performed her poetry about her chicken. I organized a pre-opening for which I reached out to one of the callers. I asked if I could still make a small carpet in their garden to launch my movie. Around the corner from where the exhibition was held, all early visitors were watching three chicken eat a little carpet while Koen played clarinet. I later exhibited my project in Breda at the StadsGalerij and the movie was shown full length at the BlindeMuur at Chassé and KleurenteleviZie.

To order the DVD and soundtrack of ‘Tour des poulets’ visit music.koendewit.com/album/tour-des-poulets-soundtrack