Quest for the Large Chequered Skipper 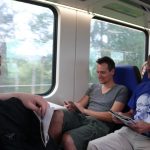 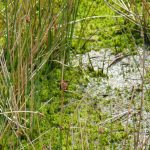 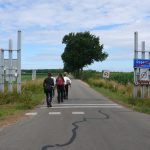 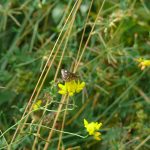 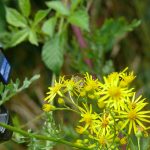 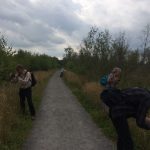 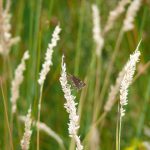 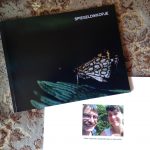 Together with philosopher Pieter Spiegelhol Vastbinder I organized three nature walks looking for a rare and endangered Butterfly: the Large Chequered Skipper. In Dutch the butterfly is named ‘Spiegeldikkopje’ which translates into Mirror Fathead. The Fathead refers to the plumpy build of the Skippers and the mirror to the oval spots on the wings.

Pieter has been organizing many events around his dream to build a ‘Spiegelhol’: A room you step in that surrounds you with a mirror and allows you to make the ultimate self-reflection. Over the years he invited different artists to collaborate with him. When we were talking about joining forces, I was already monitoring butterflies in the park near my house. I read about this butterfly and thought it would be nice to go look for it. I was already thinking how I could combine my work as an artist with the walks in nature, when Pieter suggested a walk as an artwork for my contribution to his ‘Spiegelhol’ project.

The idea was to invite people to look for the Large Chequered Skipper. In the train and bus towards nature park De Groote Peel, which is the last location in the Netherlands where this butterfly still lives, we introduced the butterfly. Pieter made a philosophical theory how the butterfly got his name, the Dutch and the Latin one, and I shared how the butterfly lived and how we were going to find it.

Of the first walk in 2014 we made a little publication in which we put Pieter’s wonderful text and photos of the ‘Spiegeldikkopjes’ we spotted. We launched the booklet with a second quest in July 2015.

The third and last walk was held in July 2016. Me and Pieter are continuing to visit the Large Chequered Skipper yearly till this tiny beautiful butterfly is out of the danger zone, but the public walks will have a different quest next year: ‘Spiegelorchis’ or Ophrys. The genus Ophrys is a large group of orchids. These plants are remarkable in that they successfully reproduce through pseudocopulation, that is, their flowers mimic female insects to such a degree that amorous males are fooled into mating with the flowers, thereby pollinating them. In Dutch mirror is used to name these specific orchids.