Titel of work: ‘Dance in a ricecarpet’

Locations: Argument Vertoningsruimte in Tilburg (NL), Paulushofje in Etten-Leur (NL) and in backyard in Yogyakarta (Indonesia)

‘Dance in a ricecarpet’ is a project in which art, dance and music are combined to a performance. The project was partly developed during a workperiod from the 19th of April until the 22nd of May 2010 in Argument Vertoningsruimte in Tilburg (NL).

‘Dance in a ricecarpet’ was created by Sabine Bolk (ricecarpet) in collaborations with Barbara van Kooten (dance), Chester L. Brandes (classical guitar), Koen de Wit (clarinet), Dirk Elst (percussion) and Berk Aarts (light). It was performed in Yogyakarta, Java, Indonesia (the try-out) in 2009, in Argument Vertoningsruimte in Tilburg (NL) in 2010 and in Etten-Leur (NL) in 2011. 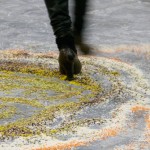 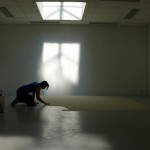 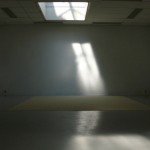 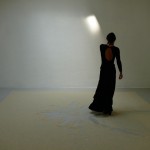 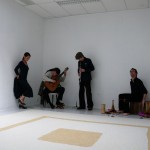 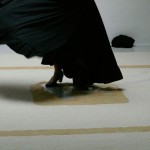 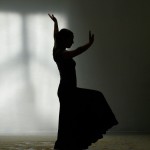 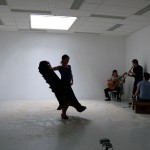 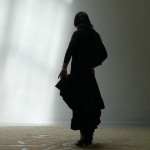 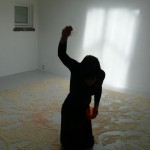 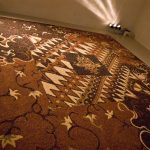 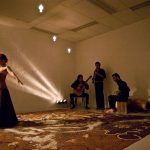 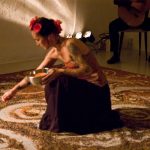 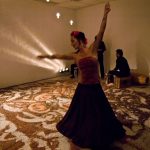 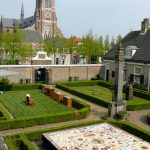 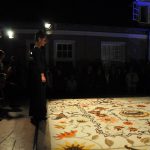 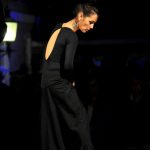