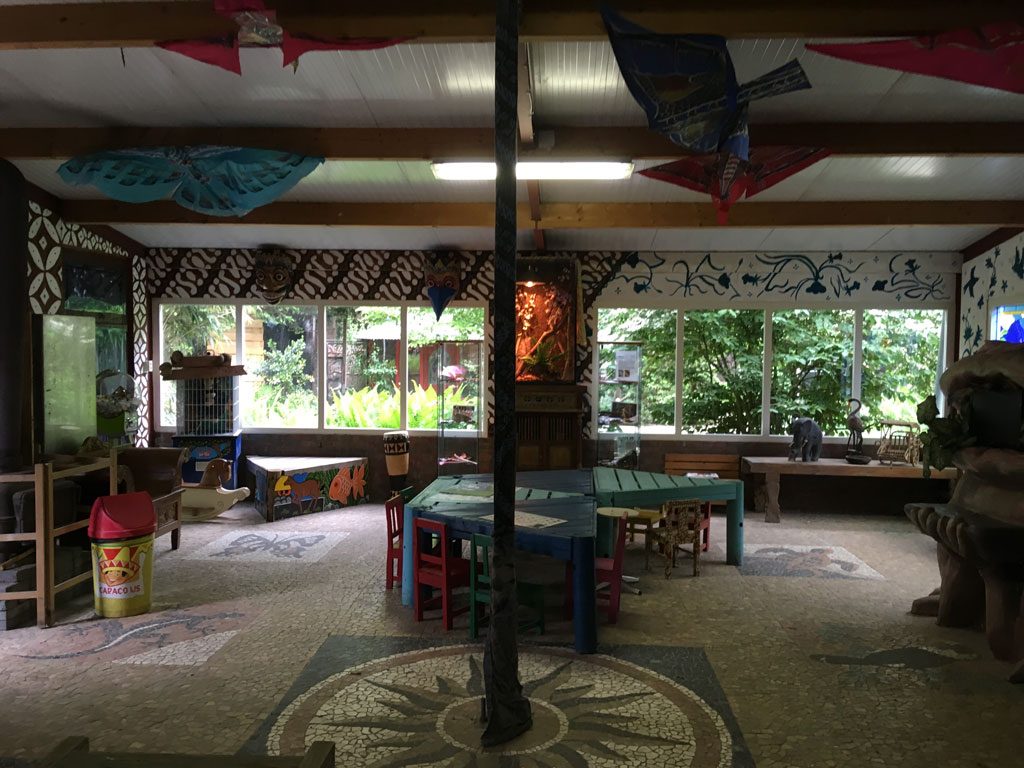 This year, 2018, I had the great experience of creating two Batik Murals. One really big one, covering all the walls of the Children’s expedition room Rumah Exposisi Madura at Animal park Taman Indonesia. One smaller one in the hallway of friend and Ikat-expert Sandra Niessen.

One of my first commissioned work was actually a mural too. I was invited in 2007 to make two murals at a pig-farm that is open to the public and is big on improving the short lives of the pigs there. The murals are still there and open to the public.

So when Marlisa asked me to make-over their Children’s expedition room with a Batik theme, I was really exited. I worked in total 7 days on the mural, and re-decorating the room. The mural starts with typical patterns that were worn by royalty in Yogyakarta and Solo on Java in a Sogan, brown & dark blue colour palette. It continues into a motif with lotuses and then Batik Buketan, an Indo-European pattern still populair today in Pekalongan. After that in red, batik motifs from Lasem and Tuban with a more Chinese influence. It continues into blue with Cirebon’s famous Mega Mendung and ends with a Kain from Madura.

The second mural I made, was after I made the first part at Taman. I was so surprised and honoured to brighten up Sandra Niessen hallway!

I had great fun, and a lot of muscle ache, making these murals this passed year! During the second Wastra Weekend, 23 & 24 February 2019, you can view the mural at Taman Indonesia with additional information on all the Batik motifs I used. 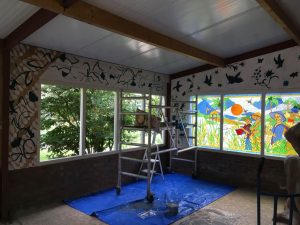 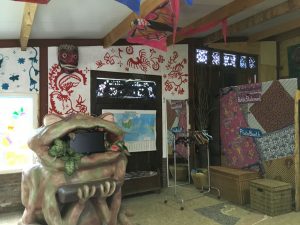 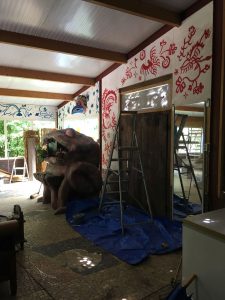 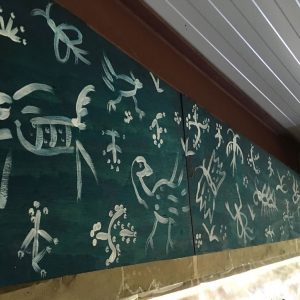 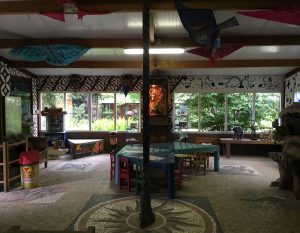 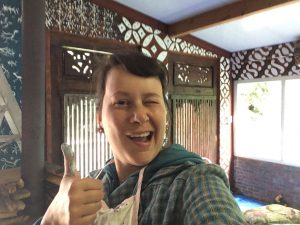 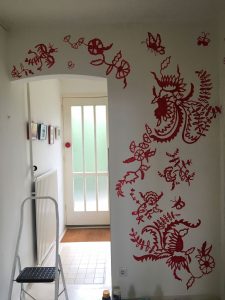 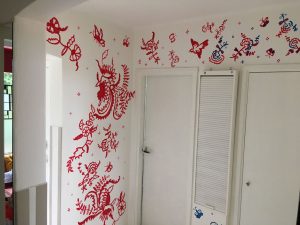 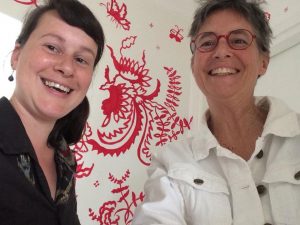 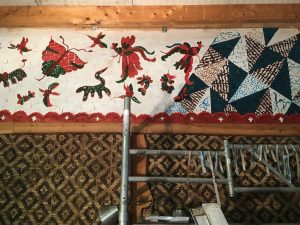 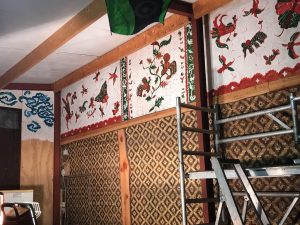 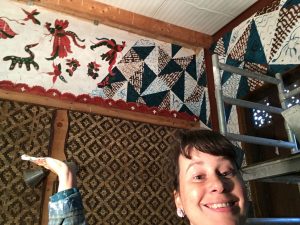